This article was originally published by the European Theatre Lab. Read the original version https://www.europeantheatrelab.eu/stage-your-city/

Stage Your City is a participative theatre research project using digital media. With our partner theatres in Nancy, Oslo, Karlsruhe and Tbilisi and the ZKM we developed an interactive performance using mobile phones, augmented reality (AR), virtual reality (VR) and installations to tell a fictional story in various places in the city.

The story unfolds in three acts: Part One begins in the black box of a theater. The audience enters the stage, where a hologram Installation on 8 iPads displays the four messengers, talking from the future about their dilemma. In Part Two, the audience is separated into 4 groups and guided into the streets of the city by an app, in search for the messengers, fulfilling several tasks. After about one hour, the audience returns to the black box in Part Three, exploring a virtual 3D world they co-created during the show.

Since around 25 years there are stage productions using digital technology.

“Old Media” video interacting with life action on stage began with the invention of the SONY Porta-Pack 1967. A portable Video Camera gave artist access to Electronic Broadcast Media Technology. The real paradigm shift began years later with emerging digital tools. The expectation levels of what “the digital” could give to theater back then was either very high or too low. The different cultures of complex human and very analogue theatre productions and “nerdy” digital development didn’t quite fit. Digital creates prototypes. Theatre needs failsafe tested and “redundant” technology. 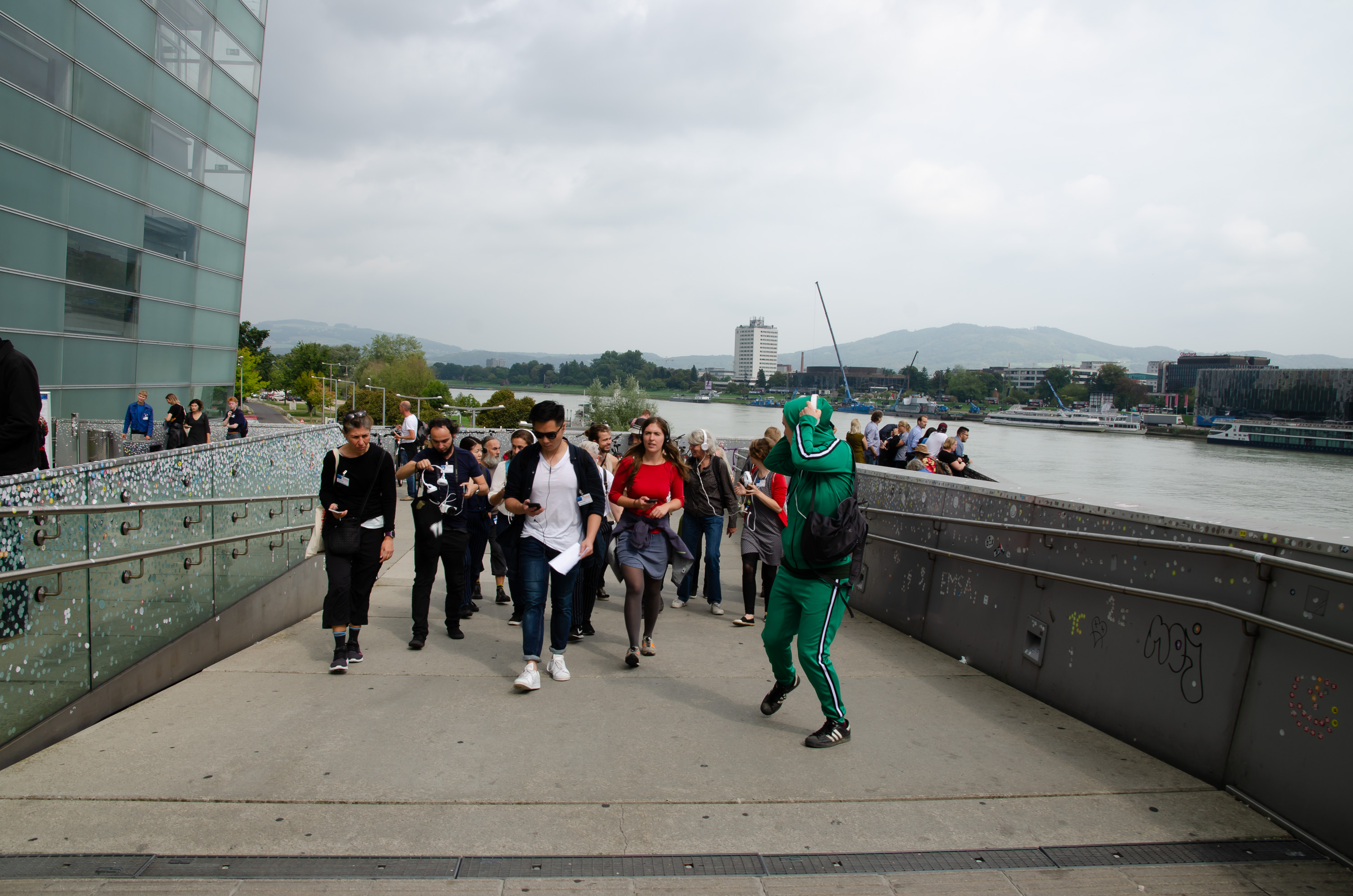 The findings of the research projects of European Theatre Lab pushed the envelope of digital theatre, still aware of the redundancy problem. If theatres will write the requirements of digital productions into their rehearsal schedule, giving enough time for testing and updates, we don’t see any reason, why prototyping technologies couldn’t be part of the theater machine. Institutions like ZKM Karlsruhe and Ars Electronica were production platforms in the 1990s with professional support, creating a legacy of works which established a professional art and exhibition culture for the digital arts.

We would like to see Digital Producers and Digital Dramaturgs in theatres, syncing theatre production with external productions. Theatres should be prepared to keep track with external developments. The overlapping fields of theatre and media production will become more complex and challenging in the future. Theatre can learn from video game production companies that are using both film / video production techniques and new tools like VR and AR, producing interactive games.

In the research project Stage Your City of ETC’s European Theatre Lab one could say that we put a multitude of technologies on our plate. That gave us several challenges. Beside the problem of redundancy, we were concerned with two other problems of digital theatre production, “lifeness” vs pre-recorded and the distorting effect of single user technologies used in a group experience of theatre.

To start with the latter, Stage Your City used peoples own phones to expand the narrative and social space of theatre. A “sexy” idea, because these very phones were usually the ones which have to be switched off during a show. The audience had phones with different operating systems, old phones, which could not load our files, various uncontrolled background tasks interrupted the audience experience.

We managed to solve the problem to syncing “lifeness” and AR during a play with deconstructing AR for theatre.

AR videos or AR 3D Animations are triggered when the devices are pointing to a specific location (marker). Every user will manage to do this – but probably at different times.

The life performer starts in a specific moment. How can the virtual pre-recorded character in an AR to life dialog catch up, when the audience has to point their device at a specific place?

The “Zigmagora” software architecture of Stage Your City triggered sound and image in separated tasks. All audience member hears the conversation of the AR instantly. Whenever each user manages to “catch” the marker, the software adds video to the sound and the experience is complete. The goal was: Each audience member is watching a life performer interacting with a virtual character on their personal displays. With this “soft” start of sound over visuals we managed to customized AR single user technology for the use in theatre, which hopefully stays a-life as a social space of human to human interaction by digital and other technologies.