Adrien M. & Clair B. from creativeapplication.net
249 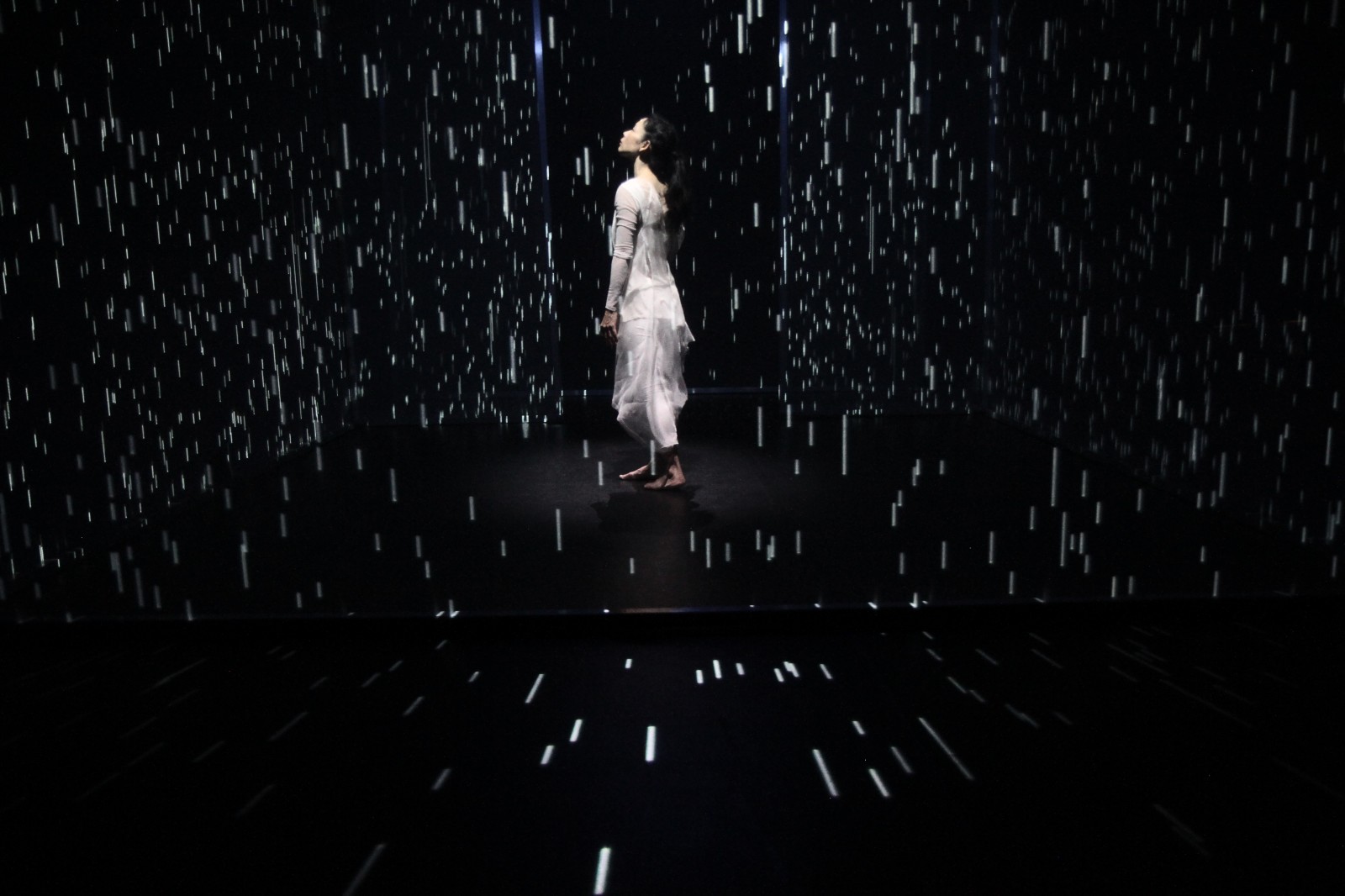 Developed by Adrien Mondot (am-cb.net), eMotion is a tool for creating interactive motions of objects for live visual performances. Developed as a research tool for the work of Adrien M and Claire B, eMotion is based on objects (like particles, text, drawing strokes, quartz compositions). The creation of motion in the program is laid on a physical model, ie physical forces are applied to objects.

All images are generated and calculated and projected live to provide sensitive synthesis, a palpable presence on stage as a crucial rule that determines any computer programming: think the energy that animates objects, rather than the form outside of their movement. Mathematics or computer thus become possible to build a poetic tools, deflected from their functional utility, they allow the production of new synthetic although sensitive areas. They open the doors of imagination and the virtual in its coincidence with the real, delivers its power of evocation.

The tool was at the heart and at the beginning of each of Adrien M / Claire B creations and collaborations (Légendes de Stéphanie Aubin, Ciels de Wajdi Mouawad, Grand Fracas issu de rien, création collective Théâtre du Peuple).

Hakanaï is a dance performance in a volume of interactive moving images. In the Japanese language, Hakanaï defines what is impermanent, fragile, evanescent, transient, between dream and reality. Very old word, it evokes an elusive material associated with the human condition and its precariousness, but also associated with nature. It is written by combining two elements, one that means the man who is the dream. This collage is the symbolic starting point of this partition for a dancer encountering images, giving rise to a space at the fringe of the imaginary and the real. The images are animated live according to physical patterns of movement, the rhythm of a sound design also performed live. After time performance, digital installation is open to spectators. 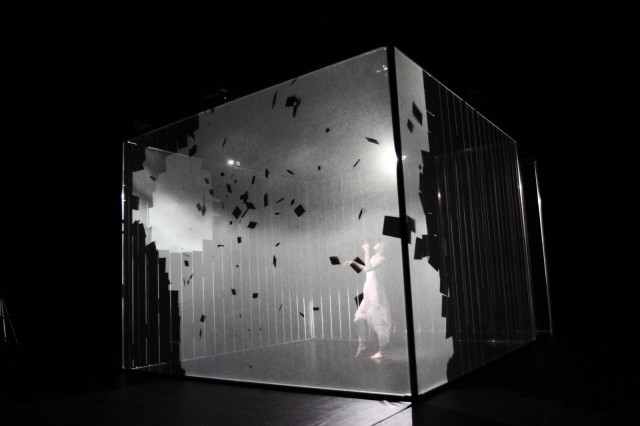 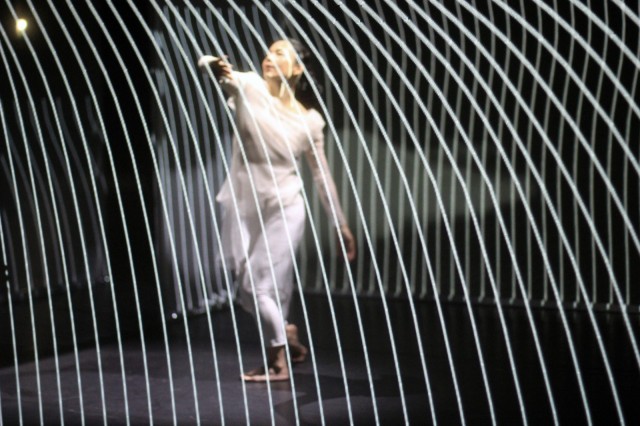 An invitation to travel, to dream, to play, where the dreams that each bear from childhood resurfaced and has shaken the rational principles that guide our modern lives. A raft the onslaught of waves and begins the journey through virtual materials such as landscapes. Lines, dots, letters, digital objects projected on flat surfaces, weave poetic spaces that hug the body and gesture. Imagination turns opaque and solid color to reveal the transparency and the freedom movement, the desire and the infinite that everyone carries in itself. 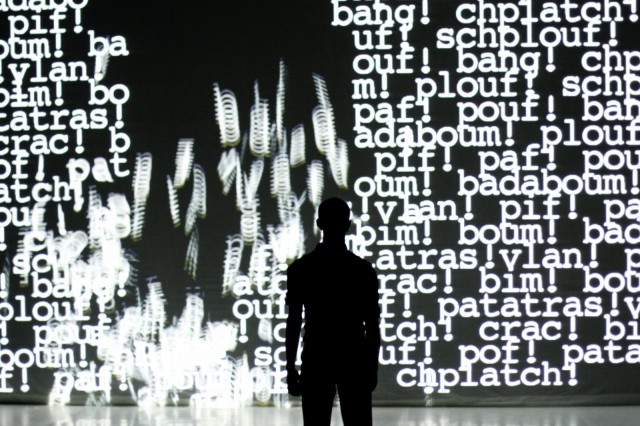 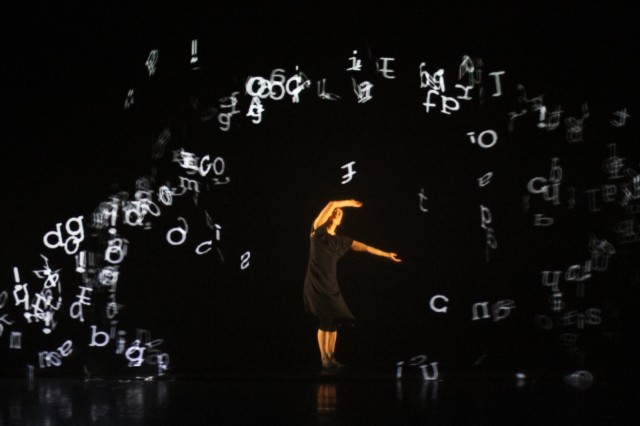 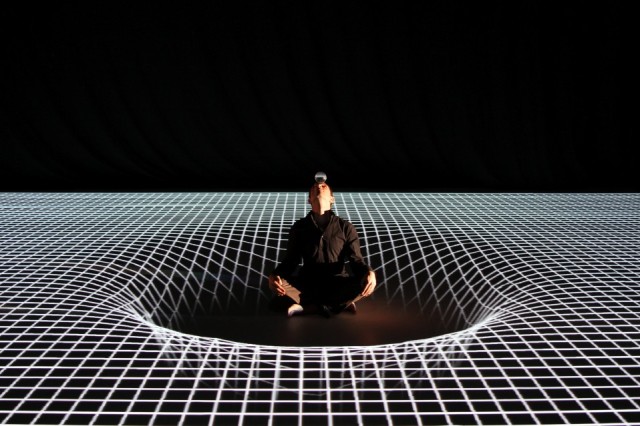 Coincidence is a short performance video, dance and juggling, embodying the rapid crossing of a world, a minimalist space where abstract shapes and letters come to life and become imaginary support. Duo sensitive choreography between a digital and a living body, it is located on the narrow edge of the evocation of the likelihood in this thin layer of coincidence between real and virtual that may arise a dreamlike space. 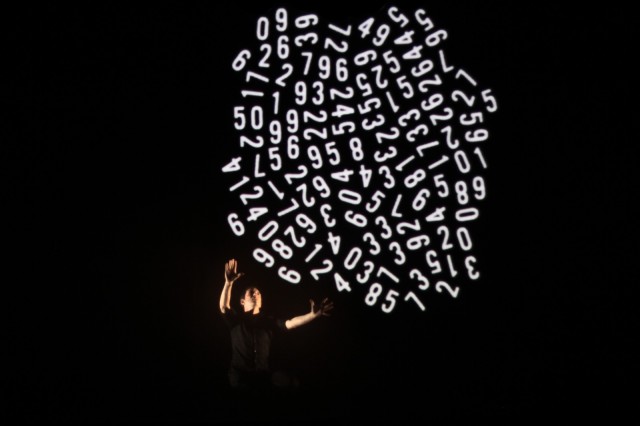 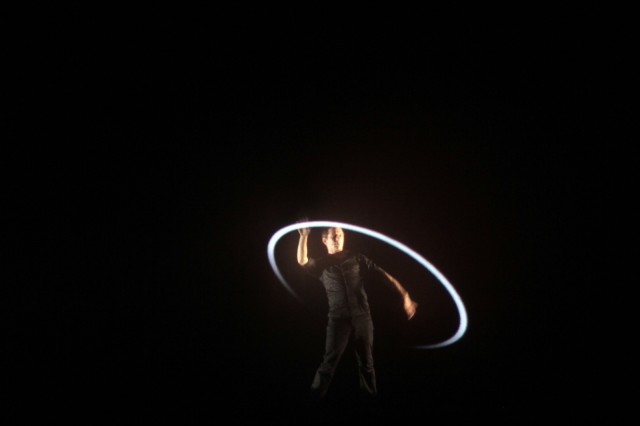 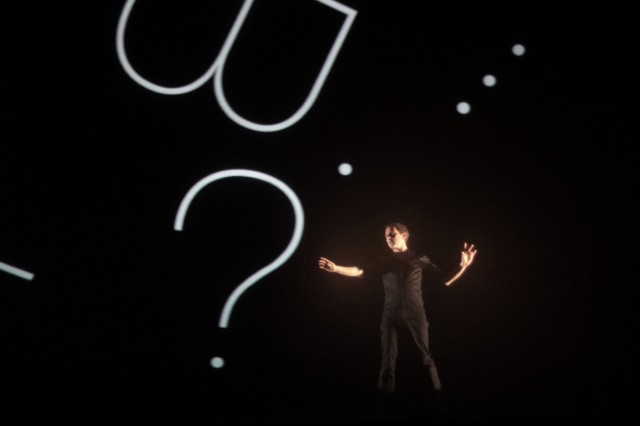