Interview to Alexander Gritsenko, russian technological artist founder of Viewmaker (Russian) specialized in videomapping on nature and techno scenography. Mapping on nature and mapping forms as animals. He loves Clement Brien’s mapping works and like him, uses trees as support for projection with 20.000 Ansi lumen projector

Anna Monteverdi: Which are the focus of your research as technological artist and as a group Viewmaker?

Alexander Gritsenko: We were looking for new forms of expression by means of projections. Projections on buildings widespread and did not cause us interest. We saw a projection into the trees from our colleagues, potential of these projections was not discovered and we decided to experiment. We used the forms and volumes that will change the perception of the familiar things.

Anna Monteverdi: What is the topics of Surreal trees?

Alexander Gritsenko,This is a completely new design that is unparalleled in the world, in the format in which it is presented. This project is developed by two Russian artist Andrey Kulvarsky and me.

“The Surreal Trees” project is a 3D transformation of the common tree branches volume which drastically changes its initial shape by painting it and enriching with new essence during the night hours when the natural beauty is concealed.

They  have a prototype for a new idea for projection on mannequin: here the photos: 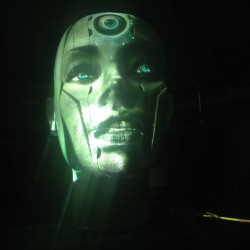 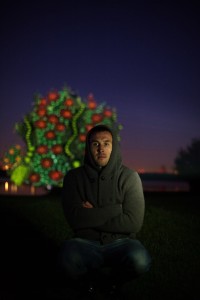